I lifted a bag of cement and went through my back

“I have a very physical job that requires heavy lifting. One time, I lifted a bag of cement and went through my back. At first I thought that with some rest, the pain would go away by itself, but I was wrong. The next morning I was standing crooked and had pain that went all the way to my left leg. I started to get worried. My wife suggested I made an appointment at Chiropractie Leiden. After a lengthly examination, the chiropractor told me I had injured a disc in my back and that the pressure from it was pinching a nerve. That explained the pain.

We set up a programme of adjustments. Intially the visits were frequent. I think like 2 or 3 times a week. But after 2 weeks of care I was almost pain free and my leg started feeling normal again. I was able to resume light activity at work and within another 2 weeks after that I was back to being my old self!

I followed the advise I was given with regard to maintenance care and proper lifting and are now fully reintegrated into the work force and have had no relapse. Knock on wood!”

“My daughter was born 2 weeks premature but seemed healthy at first. Within a few days of being home, my husband noticed that she had the tendency to turn her head to one side when she was lying in the crib and avoided turning her head to the right. She was also not sleeping well and was very irritable, crying quite often. She also had quite a bit of gas and hick-ups. I took her to see my chiropractor and he said he suspected KISS syndrome, possibly caused by a blocked vertebra in the neck. That sounded serious and it scared me. Luckly it was not and relief came after just a few adjustments. Soon enough she started sleeping through the night and crying a whole lot less. Now my girl is happy and healthy as ever!”

The chiropractor told me I should not sit on my wallet any more!

“I am in the restaurant business and have been working as a waiter for some years. Standing on my feet for many hours started to take its toll and I developed back pain when I would sit down for some time. So I went to my medical doctor whom told me to see a physical therapist. The pain went away but it kept coming back. My neighbour told me about chiropractic and how happy he was about the care that was being offered at Chiropractie Leiden. So I decided to check it out. I did not know what to expect but once into my initial exam I was impressed immediately by how complete the exam was, the time the chiropractor took to listen to my complaints, explain the diagnose and discuss the possible next step. For the first time, I got a good understanding of what was wrong with my back; what was causing the pain, how we were going to fix it and what kind of (small) changes in my life style I would have to consider, to make sure this acute pain would not come back. Guess what? The chiropractor told me I should not sit on my wallet any more! Can you imagine? A wallet was triggering the pain! I guess sometimes it takes a chiropractor to make you aware of something that simple!”.

Migraines since my teenage years

“Since my teenage years I have suffered from migraines; years and years of agony. I think it must have started when I was 12. Puberty! they said. My medical doctor prescribed medication which helped by the way, but the pills were so strong that after an ‘attack’ I felt wipped out and it took a couple of days to be my old self. I read about chiropractic and the good results when treating headaches so I decided to contact Chiropractie Leiden and give it a shot. I had also heard about chiropractor Jeroen Postma and his specialization in neurological ‘difficult’ cases. During my first consult, mr. Postma performed a very lengthly neurological examination which revealed that my eyes were not moving together well and that this had an effect on my neck muscles. Weird as it may sound, this is what came out and was, according to him, the main problem. Although I wear glasses and have had previous eye exams with an optician, this had never been mentioned to me before. Mr. Postma gave me eye exercises I had to do and adjusted my spine and neck during follow up appointments. Simultaneously, I took oxygen supplementation at Chiropractie Leiden. In a month of so after the first treatment, I felt clear relief: migraines went from once a week to once every 4 to 5 weeks. I was amazed. Over the past year I have had an occasional tension headache but nothing compared to what it used to be. It’s been great! Thanks mr. Postma. You are my hero :-D”. 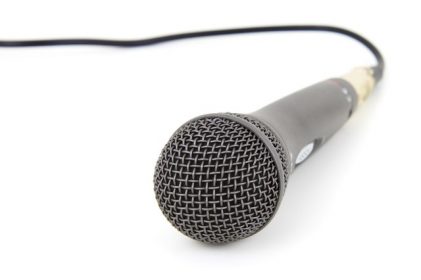 Chiropractic Leiden has seen 17.000 clients since it opened its doors in 1990. It has been committed ever since to help people achieve optimal health by offering the best chiropractic care possible. We do this by applying our scientific knowledge, sharing our practical experience, and from the bottom our hearts. Quality and service are our priorities.

With this vision we approach everyone as a unique human being, we take our time to conduct a comprehensive physical examination, establish a well-founded diagnosis, and then discuss a treatment plan.

Are you in pain? Are you injured? Or are you looking to feel on top of the world? A balanced spine and good working nervous system will help your body achieve the best version of yourself.

Because we not solely approach the manifestation of the problem but rather focus on what lies at the core of a disorder, we will not only address structural imbalance, but also nutrition and exercise.

We cherish the close network between Chiropractie Leiden and specialists, general practioners, therapists and gyms in the region because we believe that a multidisciplinary approach that puts the patient first, leads to the fastest recovery.